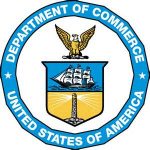 On November 7, 2016 the U.S. Department of Commerce issued a Notice of Proposed Rulemaking (NPRM) for the Bayh-Dole Act of 1980. The Act pertains to rights in technology developed with the aid of federal funds. The content of the NPRM may be relevant to universities, nonprofit organizations, and private businesses (collectively, “contractors”) which use such funding for research, development, and demonstration to produce inventions. Public comments on this NPRM will be accepted until December 9, 2016.

In addition to technical corrections and clarifying amendments, the NPRM includes updates pertaining to:

a) Election of Title; Bayh-Dole generally allows a contractor to elect title to a subject invention, including patent rights, within two years of disclosing the invention. The Government will receive title to an invention if the contractor does not elect to retain title. The NPRM includes a provision by which a funding Agency may shorten this time period to less than two years, when necessary to protect the interests of the Government.

b) Clarification of Contractor Status; Current regulations are ambiguous as to whether only a nonprofit organization or “small business” contractor enjoys a presumption of title to subject inventions. Large businesses conventionally may elect to obtain title under Bayh-Dole when acting as a contractor. The NPRM thus expands this presumption of title to include large business contractors.

d)  Prosecution Discontinuance; In its discretion, a contractor may not respond to an Office Action which rejects a patent application for the invention. Here, Bayh-Dole regulations require a contractor to notify the funding Agency at least thirty days before the deadline for responding to the Office Action. The NPRM would extend the time period to one-hundred and twenty days. This change would reduce the risk of delay by contractors, giving the funding Agency more time to proceed with the application and assume responsibility for pursuing a patent.

f) Cooperative Research and Development Agreements (CRADAs); In some situations, a contractor may work with other outside partners to develop technology under a CRADA. Under current rules, these partners must apply for a license to use any background technology owned by the Government when performing their responsibilities under a CRADA. The NPRM would instead allow a contractor’s partners to use background technology without submitting a formal request for a government license.

The NPRM is available online through the Federal Register via the link below. The public may also submit formal comments to the NPRM through Federal Register’s online portal.