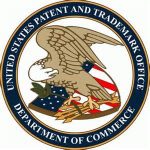 Notable takeaways from this Memo include:

a) From McRo; An “improvement in computer-related technology” is not limited to improvements in a computer or computer network per se, but can be claimed as a set of rules that improve the technology relating to computers. This argument can be supported by teachings in the specification about technological improvement, or a showing (again, preferably in the specification), that the claimed invention provides a particular solution to a particular problem.

b) From BASCOM; In evaluating whether claims recite “significantly more” than an abstract idea, examiners should consider additional elements in combination, as well as individually, to evaluate the claim as a whole.

c) Preemption; Generally, applicants should consider arguing the point of preemption wherever applicable in order to force the examiner to revisit the Step 2A/2B analysis from the USPTO’s SME guidance. If an applicant argues that a claim does not preempt all applications of an alleged judicial exception, the examiner has been instructed by this Memo to reconsider the Step 2A/2B analysis according to points (a) and (b) above from McRo and BASCOM.

The memorandum is available here: