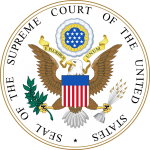 Apple squares off with Samsung today before the United States Supreme Court, addressing a long-standing dispute relating to the design of the early version iPhone, first brought to light in a 2012 trial. This is the first design patent dispute heard by the Court in over a century.

In the original trial, a jury sided with Apple and awarded damages of around $1 billion. Subsequently, the district court judge ordered a new trial on damages, and struck around $450 million from the award. The amount paid by Samsung, approximately $550 million, was based upon the total profits Samsung made from devices that infringed Apple’s patents.

Samsung, along with some other large tech companies (i.e., Google, Facebook), argue that the award for infringement of a design patent should be limited to the proportion of that design’s contribution to the overall profit. That is, Samsung argues that the profits are not wholly attributable to the infringed design, so the award should not cover the entirety of the profits.

Apple, for its part, argues that the design sells the product, and that profits cannot be accurately apportioned to the design as Samsung suggests. Apple is supported by a slew of design professionals, including Calvin Klein and Alexander Wang.