Sheldon May Be Singing a Different Tune: The Big Bang Theory Sued for Copyright Infringement 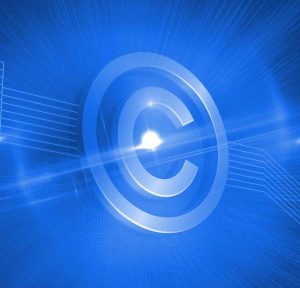 With a top comedy on network television comes added scrutiny – just ask the producers of the wildly popular show, The Big Bang Theory.  Recently, the producers, along with others, discovered that their now-famous Soft Kitty lullaby has become the subject of a copyright infringement claim in US District Court in the Southern District of New York.  The daughters of Edith Newlin, a New Hampshire nursery school teacher, claim the show has copied their mother’s 1933 poem, Warm Kitty, without their mother’s permission.

If you are unfamiliar with this catchy nursery rhyme, it is the lullaby that the show’s main character, Sheldon, makes others sing to him when he is feeling ill.  If you are interested, the video is available through YouTube, here.

The copyright issue goes back over eighty (80) years.  In 1933, Edith Newlin wrote the rhyme Warm Kitty.  That year, the Willis Music Company (WMC) sought permission to publish Warm Kitty in a book of nursery rhyme songs called, Songs for the Nursery School.  Newlin granted permission, the book published, and WMC registered the book with the US Copyright Office.  Under the relevant copyright law of the time, this also served to register Ms. Newlin’s corresponding copyright in the lyrics to Warm Kitty, which are reportedly set to expire in 2037.

Seventy-four years later, in 2007, WMC licensed Warner Bros. Entertainment, a producer of The Big Bang Theory, the right to use the lyrics.  The show then incorporated the song into Sheldon’s character.  Further, due to the popularity of the song and the show, Warner Bros. and CBS capitalized by selling merchandise such as T-shirts, watches and mugs, with the Soft Kitty lyrics (available at the CBS Store, here).

In this case, the court must answer several questions: the copyright-based question of whether the lyrics of Soft Kitty and Warm Kitty are “substantially similar” such that use of Soft Kitty infringes upon the copyright for Warm Kitty; as well as questions regarding the agreement between Ms. Newlin and WMC, and WMC and Warner Bros.  Those contract-based questions are likely to include: I) Does the agreement between WMC and Ms. Newlin allow WMC to sub-license the lyrics? II) Does the agreement between WMC and Warner Bros. include a warranty from WMC that they held all of the rights they offered for license? III) Does the WMC/Warner Bros. agreement include an indemnity clause which says WMC will defend the intellectual property rights that they offered for license?

Along with the points above, there are other ways in which the claim against the show could be dismissed.  For example, the defendants could show that Ms. Newlin never in fact owned the copyright to Warm Kitty.  This may be the case if the Newlin sisters cannot prove that Warm Kitty is an original piece of work, or that Ms. Newlin was not the author of the work.

At stake here are potentially significant royalties from use of the Soft Kitty lyrics, which may include royalties for every episode of the show including the song lyrics, including screenings, DVD sales, downloads (e.g., on iTunes) and streaming broadcasts (e.g., on Netflix, Hulu, Amazon, etc.).  Royalties could also extend to every item of merchandise sold with the lyrics.

CBS continues to sell the merchandise containing lyrics to Soft Kitty, and continues to distribute the wildly popular show, The Big Bang Theory.  We will watch this matter and see if the Newlin sisters are able to show that at least a portion of the revenue from this blockbuster show stemmed from their mother’s creative genius.