Scandalous and Disparaging Trademarks Get Reprieve While Courts Review Landmark Cases, Including Review of Redskins Mark 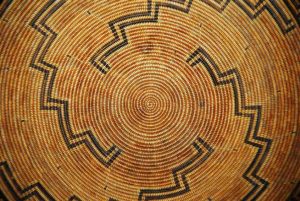 The US Patent & Trademark Office (USPTO), which reviews pending trademark applications to determine their eligibility for registration, is holding applications in a state of limbo while the Federal Courts review the constitutionality of restriction on trademarks found to be scandalous or disparaging.

In US trademark law, Section 2(a) of the Lanham Act bars registration of marks that consist of or include immoral or scandalous matter (“scandalousness provision”), or matter which may disparage persons, institutions, beliefs, or national symbols, or bring them into contempt or disrepute (“disparagement provision”).  Both the scandalousness and disparagement provisions of Section 2(a) are the subject of pending litigation involving their constitutionality, and the outcome of those cases is relevant to the registrability of marks with the USPTO.

As such, the USPTO will be suspending final action on pending applications involving marks subject to refusal under these provisions in Section 2(a).

The constitutionality of the scandalousness provision is an issue that the USPTO expects to be decided by the Federal Circuit in In re Brunetti (No. 15-1109).  The constitutionality of the disparagement provision is an issue in two cases in the federal courts of appeal: 1) In re Tam (No. 14-1203, Federal Circuit), and 2) Pro-Football v. Blackhorse (No. 15 1874, Fourth Circuit).  The Pro-Football appeal remains pending before the U.S. Court of Appeals for the Fourth Circuit, and is focused upon the relevance and validity of the disparagement provision of Section 2(a) with respect to the Redskins trademark used by the Washington Redskins of the National Football League (NFL).

The Tam appeal was decided by the U.S. Court of Appeals for the Federal Circuit on December 22, 2015.  The Federal Circuit held that the disparagement provision is unconstitutional under the First Amendment.  The Tam decision remains subject to potential Supreme Court review.

While the constitutionality of the scandalousness and disparagment provisions remains in question and subject to potential Supreme Court review, for any new applications the USPTO will issue only advisory refusals on the grounds that a mark consists of or comprises scandalous, immoral, or disparaging matter under Section 2(a).  If a mark’s registrability under these provisions in Section 2(a) is the only issue, the examining attorney will identify the reasons for the advisory refusal and suspend action on the application in the first Office action.