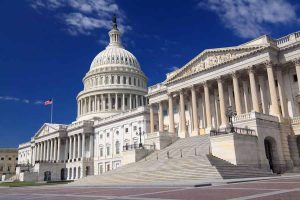 Recent changes in federal law will require employers to change their confidentiality agreements with employees.  On May 11, 2016, the Defend Trade Secrets Act (DTSA) was signed into law after being passed by both houses of Congress in April.  Kevin Freking, Obama Signs Bill to Deter Theft of Trade Secrets, ABC News,  (May 11, 2016, 4:49 PM), http://abcnews.go.com/Politics/wireStory/obama-signs-bill-deter-theft-trade-secrets-39047583.  The DTSA generally provides a scheme for greater protection for trade secrets under federal law.  Among other things, the DTSA affects a trade secret owner’s ability to sue for misappropriation of their trade secrets and prevent any subsequent dissemination of those secrets. See Defend Trade Secrets Act of 2016, § 2 (2016).

As part of this legislative overhaul for trade secrets as intellectual property, the DTSA immunizes employees from civil and criminal liability (under state and federal law) when disclosing trade secrets as a Whistleblower, in situations defined under the new law.  Id. at § 7.  To qualify for this form of immunity, the disclosing person or entity must have made the disclosure under one of two alternative situations.  In one case, the disclosing party must have made the disclosure “in confidence to a Federal, State, or local government official, either directly or indirectly, or to an attorney, and that disclosure must have been made solely for the purpose of reporting or investigating a suspected violation of law.”  Id. at § 7(b)(1) (emphasis added).  Alternatively, the disclosure must have been “made in a complaint or other document filed in a lawsuit or other proceeding, if such filing is made under seal.”  Id.  If neither situation applies, DTSA will not protect the disclosing party from liability for their disclosure, although state laws may provide additional protections.

The DTSA requires employers to notify their employees and their independent contractors of these protections, starting May 12, 2016.  See id. at § 7(b)(3).  In the event that an employer fails to provide this notice, the DTSA specifically provides that the employer cannot obtain increased damages or attorney fees against an employee or contractor who discloses its trade secrets.  Id.  Over time, changes in the law and federal regulations may leave a non-compliant employer vulnerable to additional remedies.

Fortunately, the process of updating a confidentiality agreement to comply with DTSA appears to be simple.  Many agreements will already include a provision relating to an employee or contractor’s liability for disclosing trade secrets, e.g., retaining the employer’s ability to seek an injunction against the disclosing party.  To comply with the DTSA, an employee may copy the relevant immunity provisions into this portion of the agreement, along with a general acknowledgement of their content and applicability.  Alternatively, the employer may comply with these requirements by providing a cross-reference to a document which includes the employer’s policy for reporting suspected violations of law.  Id.  The employer can then request that the employee or contractor sign the new confidentiality agreement and separately acknowledge the DTSA notice or cross-reference (e.g., by signing or initialing the new clause).  This practice can assist an employer in proving that each employee has been notified of the DTSA’s immunity for certain disclosures of confidential information, in addition to avoiding future penalties.

**The full text of the DTSA is viewable online at:  https://www.congress.gov/bill/114th-congress/senate-bill/1890/text